This smiling girl is Ella Adoo-Kissi-Debrah who died of asthma last year following an asthma attack and has become the first person in the UK to have air pollution listed as a cause of death. 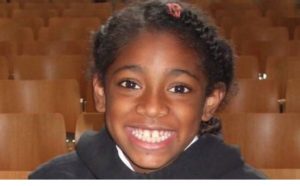 At the conclusion of the two-week inquest, coroner Philip Barlow said Ella had been exposed to “excessive” levels of pollution. The inquest heard that in the three years before her death, she had multiple seizures and was admitted to hospital 27 times. Delivering a narrative verdict, Mr Barlow said levels of nitrogen dioxide (NO2) near Ella’s home exceeded World Health Organization and European Union guidelines. He added: “There was a recognized failure to reduce the levels of nitrogen dioxide, which possibly contributed to her death ”

It is unclear how this outcome will affect regulation, monitoring and especially measures to reduce  air pollution such as PM10, PM2.5 and NO2, a problem not only apparent in London where the girl lived in died. The accident further adds to a bad reputation of the city with air pollution since the London smog in 1952 that killed thousands of people in a single month.

About the Author: Paul Borm